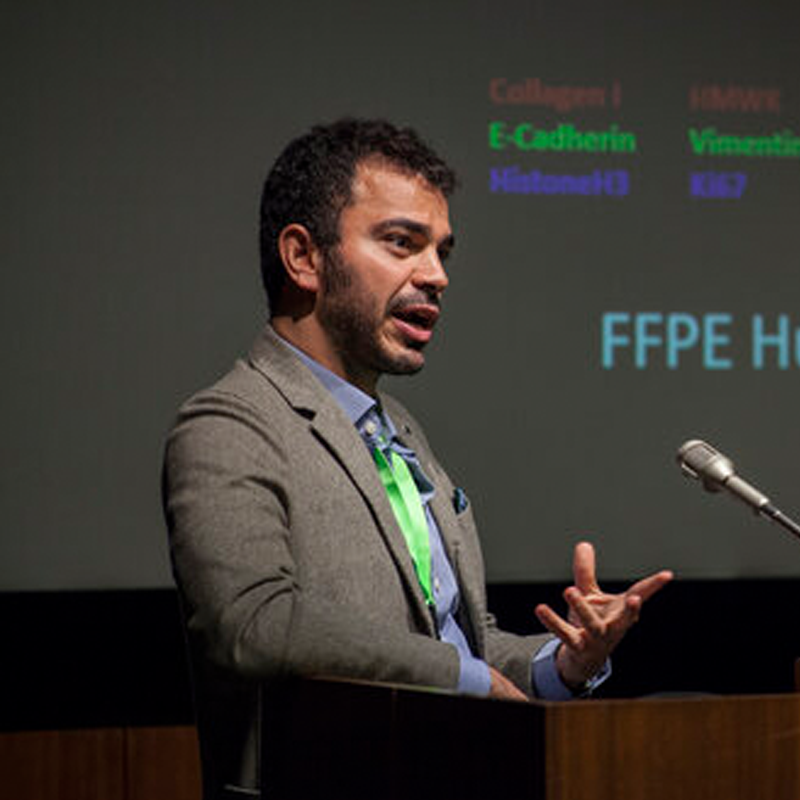 Roberto Spada has a PhD from the National Center for Biotechnology-CSIC in Madrid (Spain) specializing in autoimmune diseases with a particular interest for the cell types which could be responsible for the initial development of lupus. After finalizing his studies in Madrid, with a brief position as a visiting scientist at Guy’s Hospital in London, he moved to Strasbourg in France where he started working for Merck as a specialist for their flow cytometry line of instrumentation. Flow cytometers have become a crucial part of scientific research since these are highly sensitive machines which allow researchers to precisely look at multiple aspects of a cell simultaneously. This technology allows for researchers for example to identify thousands of cells individually (to identify their type and/or function) in a very fast time-frame.  He then moved to Miltenyi Biotec where he was in charge of product management for the flow cytometry portfolio of the company, with a specific interest in developing cutting edge flow cytometers.

Roberto joined Fluidigm in 2017 and is currently in charge of business development for CyTOF in all of EMEA. CyTOF (also known as mass cytometry) is similar in concept to flow cytometry, but allows researchers the possibility of looking at a much greater number of parameters at once. This technology allows clinicians and researchers to identify faster what is going on in a single sample (for example either from a blood draw or a tissue biopsy), thus leading novel discoveries in immunology and oncology which can accelerate drug development timelines and the implementation of new therapies.

This website uses cookies to improve your experience while you navigate through the website. Out of these cookies, the cookies that are categorized as necessary are stored on your browser as they are essential for the working of basic functionalities of the website. We also use third-party cookies that help us analyze and understand how you use this website. These cookies will be stored in your browser only with your consent. You also have the option to opt-out of these cookies. But opting out of some of these cookies may have an effect on your browsing experience.
Necessary Always Enabled
Necessary cookies are absolutely essential for the website to function properly. This category only includes cookies that ensures basic functionalities and security features of the website. These cookies do not store any personal information.
Non-necessary
Any cookies that may not be particularly necessary for the website to function and is used specifically to collect user personal data via analytics, ads, other embedded contents are termed as non-necessary cookies. It is mandatory to procure user consent prior to running these cookies on your website.
SAVE & ACCEPT