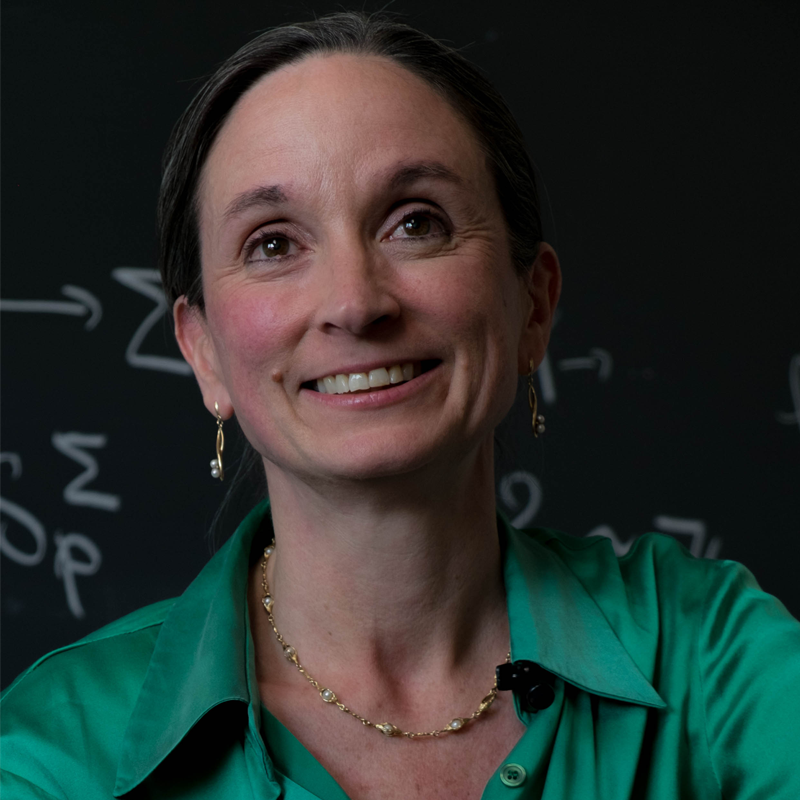 Kathryn Hess is a professor of mathematics and life sciences at École Polytechnique Fédérale de Lausanne (EPFL).  Her laboratory focuses on algebraic topology and its applications, primarily to the life sciences, in particular to neuroscience.  Topology, which is the mathematics of shape, provides an excellent mathematical filter through which to look in order to discern the order and organization in datasets, in particular with respect to the emergence of global structure from local constraints.

Throughout her career she has worked on several topology spin-off projects, such as high-throughput topological screening of novel materials for optimal methane storage or carbon capture capacity. Dr Hess’ passion for biological applications of mathematics started to play a central role in her research life a few years ago, when she began to collaborate regularly with life scientists, particularly neuroscientists. She started off from the assumption that mathematics could be used to detect and quantify brain pathology, such as that arising in Alzheimer’s or schizophrenia.  Currently, together with the neuroscientists from the Blue Brain Project, she is applying algebraic topology to analyzing how the structure of the brain shapes its function, which is one of the central mysteries of neuroscience.

Multiply-awarded for her teaching, Dr Hess received her PhD from MIT and held positions at the universities of Stockholm, Nice, and Toronto before moving to the EPFL. In 2016 she was elected to Swiss Academy of Engineering Sciences and was named a fellow of the American Mathematical Society and a distinguished speaker of the European Mathematical Society in 2017. She is a member of the International Advisory Committee for ICM 2022.

Any cookies that may not be particularly necessary for the website to function and is used specifically to collect user personal data via analytics, ads, other embedded contents are termed as non-necessary cookies. It is mandatory to procure user consent prior to running these cookies on your website.